The network is no longer the network of the past. The focus of the network began to change a few years ago. It moved from the company's data center to the cloud. Cisco sees the hottest trends in networking in 2020 as SD-WAN, Wi-Fi 6, multi-domain control, virtual networks, and the role of network engineers. 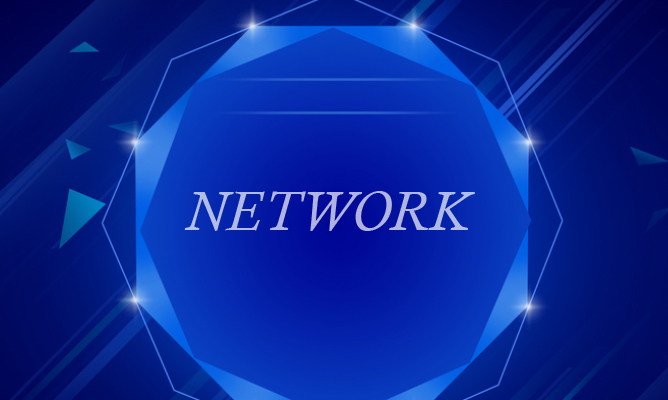 Compared with the previous generation Wi-Fi technology standard, the data transmission speed of Wi-Fi 6 is increased by 40%, and it can support augmented and virtual reality (AR / VR), which has expanded the network capacity. Wi-Fi 6 has greatly improved in terms of transmission rate, power consumption, space, and performance.

Apple, Samsung and many other products all claim to support Wi-Fi 6, and 5G mobile phones have not yet been widely spread. Cisco predicts that by 2020, the number of people using Wi-Fi 6 will exceed 5G.

By 2020, the way people use Wi-Fi networks will also improve dramatically. Oswal said that the OpenRoaming project led by Cisco will make it easier to join Wi-Fi networks. OpenRoaming uses the underlying technology behind HotSpot 2.0 / IEEE 802.11u. It promises to allow users to seamlessly switch between wireless networks and LTE without interruption. Current project partners include Samsung, Boingo and GlobalReach Technologies.

New bands will also be adopted in 2020, including the Citizen Broadband Radio Service (CBRS) of about 3.5Ghz, and the launch of "millimeter wave" (24Ghz to 100Ghz) spectrum for ultra-high-speed, short-range 5G.

As for some 5G services to be launched in 2020, "nearly any of these services are ultra-high-speed connections promised previously or will see in the next few years," Oswal said. "Because 5G can't deliver on its promises initially, we will see a lot of high-speed wireless traffic moving to Wi-Fi networks."

Ultimately, having more popular, high-speed, and secure wireless connections will create new business opportunities for industries ranging from medical to transportation. "Combining improvements in Wi-Fi 6 and 5G performance, we will usher in a long period of innovation in access to the network."

Oswal said: "As a large number of companies need secure access to cloud applications, we see tremendous momentum in the SD-WAN space." He said the development of multi-cloud networks will force many companies to readjust their networks to support SD-WAN technology.

"At the same time, large cloud service providers such as Amazon, Google, and Microsoft are establishing relationships with networking companies such as Cisco to establish deep partnerships between network stacks and services," Oswal said. He expects this partnership next year. Going further, this is consistent with Gartner's recent analysis.

"SD-WAN is replacing routing and adding application-aware routing between multiple links, centralized orchestration, native security, and other features. As a result, it includes existing vendors and vendors from emerging markets ( (I.e. routing, security, WAN optimization and SD-WAN), each vendor has its own characteristics and limitations, "Gartner wrote in a recent report.

In addition, Oswal said that SD-WAN technology will drive the growth of managed service provider (MSP) business, and more MSPs will begin to provide SD-WAN as a service. Oswal wrote: "We expect MSPs to grow at about twice the speed of the SD-WAN market itself, and expect MSPs to begin to become highly specialized in the industry and network scale."

Application-centric infrastructure (ACI) and DNA Center now implement Cisco's multi-domain integration, a feature that enables customers to set policies to provide unified access control for users, devices, and applications regardless of their connection to the network Where.

"For better management, agility, and especially security, these multiple domains need to work together," Oswal wrote. "The controllers for each domain need to work in a coordinated way to support automation, analysis, and security across domains."

Network as a sensor

"With software that can configure and classify devices, endpoints, and applications (even if they are sending fully encrypted data), the network will be able to automatically place the devices in a virtual network, enabling the correct rule set to protect those devices And eventually identify security issues at a blazing speed. "Oswal wrote. "Ultimately, the system will be able to correct the problem on its own, or at least submit its own help information. As networks become more complex, self-correction capabilities become more important."

This intelligent technology is very useful in wireless networks, where the network can collect data about how people and things move and use physical space, such as IoT devices in enterprises or medical devices in hospitals. This data can directly help facility owners optimize their physical space, thereby increasing productivity and even retail sales.

The growing software-based network environment is changing the skills literacy of network professionals. "The standard way of working for network operators (using the command line interface to configure network devices) is coming to an end. Today, intent-based networking allows us to tell the network what we want it to do, leaving the configuration of individual devices to the system itself."

Customers can now use a centralized network controller for program updates, rollouts, and changes without having to operate the device directly. "The new network run by the API requires programming skills to manage. Code is the resource behind creating new business solutions. For individuals, it is still critical to use new infrastructure and network engineering concepts to validate their capabilities. "

Oswal pointed out that this change is not easy, because retraining individuals or entire teams can be very expensive, and not everyone will adapt to the new rules.

"For those who do this, it is very advantageous. Network operators will be closer to the companies they serve, which can better help them achieve their digital transformation. With programmable networks and telemetry and analysis capabilities, The speed and agility they gain presents huge new opportunities. "

This year, Cisco modified some key certification and career development tools to address the emerging software-oriented network environment. One of the biggest changes is taking advantage of Cisco's growing DevNet development community to provide developers with a new set of professional certifications.