• Manage the business, not the network;

• Have a secure connection everywhere;

• Ability to solve problems today and in the future;

Cisco DNA ™ can revolutionize your network capabilities, meet the challenges of change, and respond to new opportunities faster than ever. But with all this in front of you, are you ready for the next generation of networks?

As the saying goes, "If you want to do your best, you must first sharpen your tools." The "Xianxiangjia" that debuted today to help you is a switch that has the magic of transformation-Cisco Catalyst 9000 series of Cisco enterprise network switches. 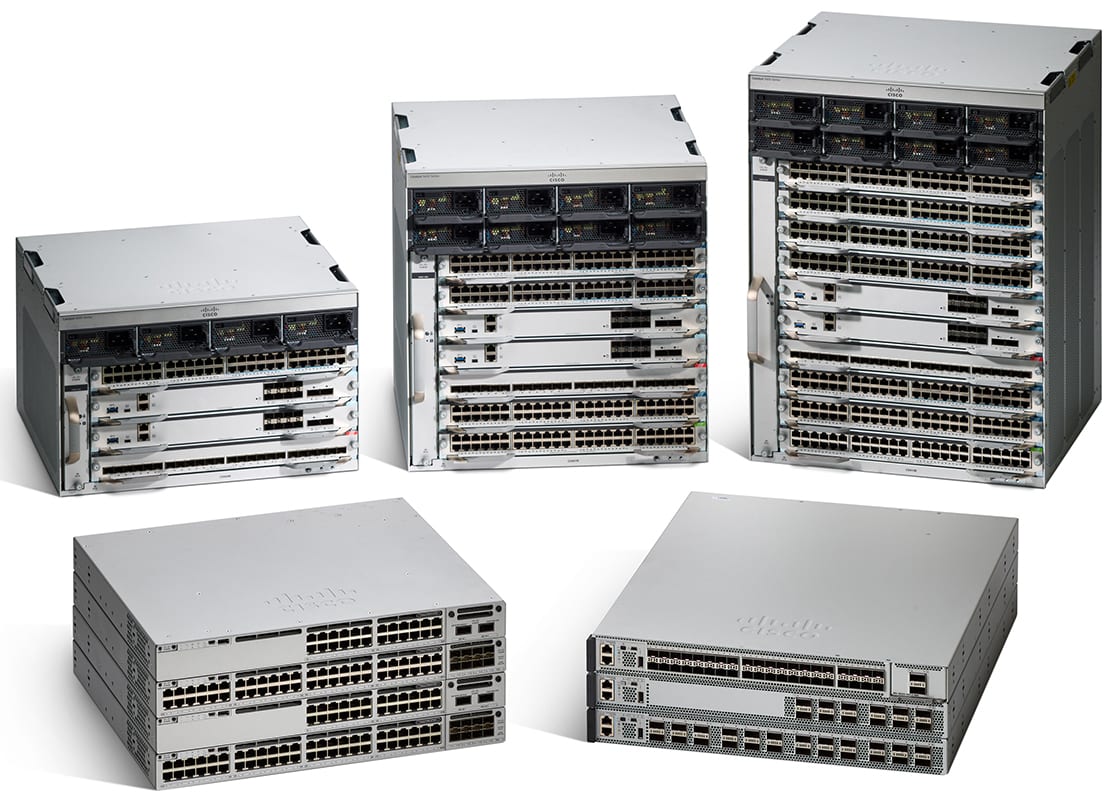 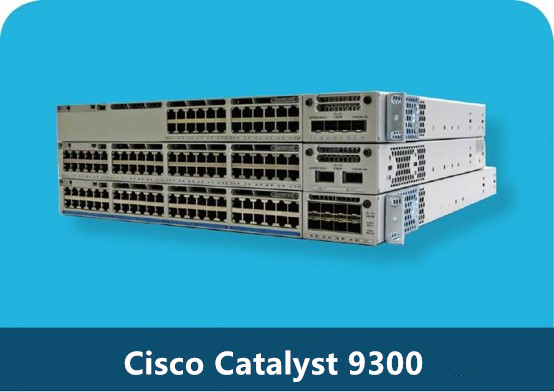 The Catalyst 9300 is Cisco's flagship non-modular enterprise switching access platform for security, mobility, the Internet of Things, and the cloud. The 9300 series is the industry's first platform optimized for second-generation 802.11ac technology, and it supports:

The Cisco Catalyst 9300 Series has the most flexible uplink architecture and supports multiple specifications including 1 Gbps, multi-gigabit, 10 Gbps, and 40 Gbps. The platform includes a variety of multi-gigabit, 2.5 Gbps, and 1 Gbps copper Ethernet switches that provide 80 Gbps uplink bandwidth, as well as 480 Gbps stacking and power stacking. 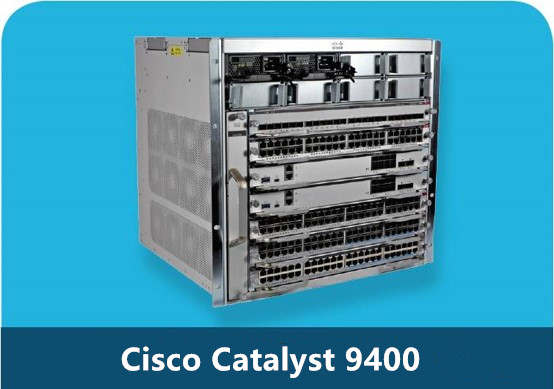 The Catalyst 9400 is Cisco's flagship modular enterprise switching access platform for security, mobility, the Internet of Things, and the cloud.

• The platform provides investment protection through a chassis architecture capable of supporting up to 9 Tbps system bandwidth;

This enterprise-specific platform features an innovative dual serviceable fan tray design and lateral ventilation architecture. At approximately 16 inches deep, it can even fit into a closet. A single system can be expanded to a maximum of 384 access ports with multiple port types including multi-gigabit, 1 Gbps copper SFP, 10 Gbps SFP +, Cisco UPOE, and PoE +.

• Support for advanced routing and infrastructure services, SD-Access boundary functions, and network system virtualization (via StackWise® virtualization technology), which are critical to its role at the core of the campus;

In order to adapt to the ever-changing network changes, Cisco Catalyst 9000 series switches are also insisting on optimization and adjustment. The main innovations are as follows:

UADP ASIC is an ASIC chip that can rewrite the process flow. The original version was used on the existing Catalyst 3650/3850 switch. Since its withdrawal in 2013, the Catalyst 3650/3850 switch uses the features of the UADP rewrite process flow. Add new functions and features to the switch platform, including AVC (Application Visualization), MPLS, VXLAN, and so on. This feature of UADP makes the functions of the campus network switch more flexible, and it is possible to protect the customer's investment to the greatest extent. The UADP 2.0 ASIC used by the Catalyst 9000 series switches has inherited this feature and has become more powerful.

In the digital age, security has become a challenge that the entire IT system needs to face uniformly. The Catalyst 9000 series switches have completely optimized the security functions from the hardware architecture. Not only can the line-speed AES256 / MACSEC256 encryption be used to transmit data, At the same time, it can also analyze encrypted traffic, such as HTTPS, SSH, etc., so that the security attack behavior hidden in the encrypted traffic has nothing to hide.

The Internet of Everything is the biggest driving force in the digital age. As Cisco's new campus network switch platform, the Catalyst 9000 has a large number of built-in IOT / IOE support capabilities. In terms of power supply capabilities, the Catalyst 9000 switch can support up to 60W UPOE power supply capability per port, providing power supply support for IOT / IOE devices, and also providing IoT convergence related protocols such as AVB / 1588 and service discovery.

We believe that through the technological precipitation and innovative genes of Cisco in the industry for many years, the new Catalyst 9000 series switches can provide everyone with the best campus network switching platform to help you meet the challenges of the digital age.