In high-definition network video surveillance systems, there are often customer feedback screen delays, catastrophic phenomena, etc. There are many reasons for this phenomenon, but in most cases, the configuration of the switch is not reasonable enough, resulting in insufficient bandwidth. In terms of network topology, a medium and large HD network video surveillance system needs to adopt a three-layer network architecture: access layer, aggregation layer, and core layer. 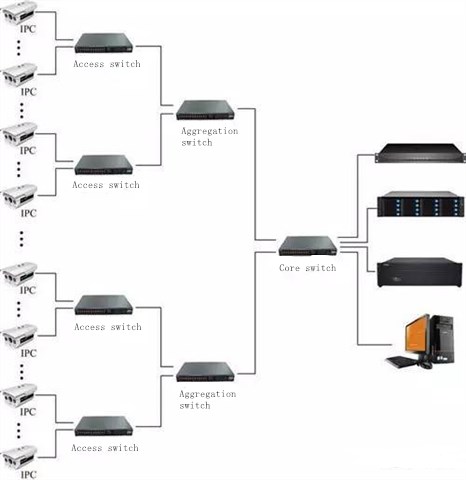 At the same time, considering the current network monitoring adopts dynamic coding mode, the peak value of the camera code stream may exceed 4M bandwidth, and the bandwidth redundancy design is considered. Therefore, it is best to control one 100M access switch within 8 units, and more than 8 recommended. Gigabit. 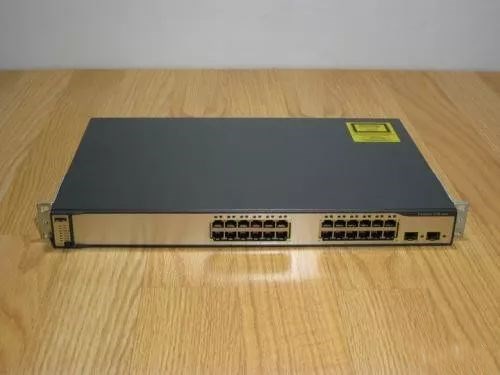 2. The choice of aggregation layer switch

The aggregation layer switch is mainly connected to the access layer switch and uplink control center core switch. In general, an aggregation switch needs to select a Layer 2 switch with a Gigabit uplink.

3.The choice of the core layer switch

The core layer switch is mainly connected to the aggregation layer switch, the uplink monitoring center video monitoring platform, the storage server, the digital matrix and other devices, and is the core of the entire high-definition network monitoring system. In selecting the core switch, it is necessary to consider the bandwidth capacity of the entire system and how the core layer switch is improperly configured, which inevitably results in a video display that cannot be smoothly displayed. Therefore, the monitoring center needs to select a full Gigabit core switch. If there are more points, you need to divide the VLAN. You should also choose a three-layer full Gigabit core switch.

Attachment: Parameters that determine the performance of the switch